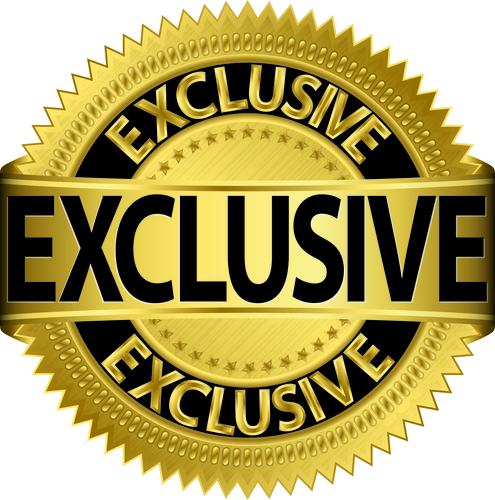 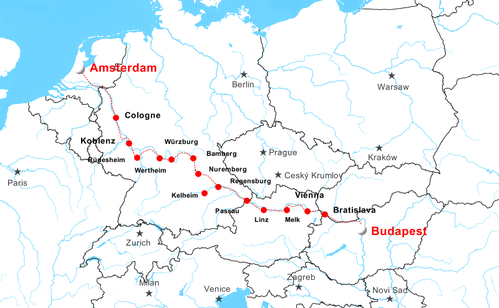 Day 1: Amsterdam
Welcome to Amsterdam and welcome aboard, the vibrant capital of the Netherlands, and enjoy a relaxing evening onboard our ship.

Day 2: Amsterdam – Cologne
Enjoy the sights of Amsterdam.
Included: Amsterdam City Tour
Our city tour is aboard a tourist bus with a fully transparent roof (which opens in good weather), offering panoramic views of the city, canals, squares and main attractions.
We bid farewell to Amsterdam and cast off this afternoon for Cologne.

Day 3: Cologne
Enjoy your first morning in Germany, sit back on the sun deck as we cruise along to the largest city on the Rhine, Cologne.
Included: Cologne Guided Tour & Cathedral
The Cathedral of Cologne is one of Germany’s most important architectural monuments, a gothic masterpiece which boasts the highest church spires ever built. We have a visit here before we venture into the old town for an insight into the city’s 2,000 year history.

Day 4: Cologne - Rüdesheim
Cruise along the Rhine through the spectacular Rhine Gorge and past the legendary rock of Lorelei. We stop at the quaint wine town of Rüdesheim where you can enjoy many highlights on our included excursion, including a cable car ride for panoramic views across the Rhine valley.
Included: Rüdesheim Highlights
A road train ride transports you to view fascinating examples of early 1900 mechanical music making systems at Siegfried’s Mechanical Music Museum. We also include a cable car ride that rises 37 meters up the hillside to reach the iconic Niederwald monument. This is a unique experience, taking you over the sloping vineyards for an amazing panoramic view of the romantic Rhine valley.
This evening join our evening excursion, visiting a traditional wine cellar to sample some of the region’s delicious wine.
Included: Rüdesheim by Night
Visit a traditional wine cellar to sample some of the region’s best wines, before exploring the captivating Drosselgasse, which is filled with little taverns and courtyards and is the cultural heart of the town.

Day 5: Rüdesheim - Mainz
Mainz, is a fascinating city heralded as the wine capital of Germany. Here you have the morning free to explore or join our included coach excursion visiting the majestic city of Heidelberg, home of Germany’s oldest university.
Included: Heidelberg Highlights
Heidelberg is one of the most popular destinations in Germany, situated on the edge of the Denwald Forest where the Neckar river reaches the Rhine Plain. The main attractions are its castle, the Church of the Holy Ghost, and its university – the oldest in Germany. A 15-minute climb or funicular ride leads you to view the restored areas of the castle which are used for public events. The castle’s terrace in particular offers fine views of the city, while at the castle down in the adjacent cellar we encounter the Heidelberg Tun, one of the largest wine vats in the world.
Later in the day we cruise to Miltenberg.

Day 6: Miltenberg
This morning you are can enjoy free time to explore the historic Miltenberg, the pearl of the river Main. The half-timbered houses fill the Old Market Place. The oldest part of the town sits between the Main River and the mountain Greinberg. This afternoon we set sail for Würzburg

Day 7: Würzburg
This morning you are free to explore at your leisure the city of Würzburg, which served as the home of powerful prince-bishops for centuries. Join our included excursion to visit Würzburg Palace – one of the finest pieces of baroque art in the world, its 8th century church and the Fortress Marienberg.
Included Wurzburg Palace
The residence of the former prince bishops is one of the most important baroque castles in Europe and an absolute must-see for visitors to Würzburg. Our guided tour starts in the opulent Garden Hall and takes you to the grand staircase, through the White Hall, to the Imperial Hall – one of the most magnificent in the history of palace architecture. From there we are shown the stunning imperial rooms.

Day 8: Bamberg
We arrive in Bamberg in the afternoon, which is located at the start of the Main-Danube canal. Surrounded by seven hills, it boasts the most intact centre in Germany with the old town listed as a world heritage site because of its authentic medieval appearance. Join our city tour to enjoy the main sights including the cathedral, Altenburg Castle, the Old Town Hall and the former Benedictine Monastery. This evening we cruise along the Main-Danube canal towards Nuremberg.
Included: Bamberg City Tour
Bamberg’s brewing industry goes back almost 900 years to the days when monasteries were the first breweries. This guided tour takes you around the old town so you can see the highlights of the old town with buildings from the 11th to 19th centuries including the town hall and the Bamberg Cathedral.

Day 9: Nuremberg
Nuremberg is Bavaria’s second largest city after Munich. The majority of the city walls still stand and inside you can enjoy a wonderful atmosphere, which combines medieval and modern life in an area filled with gothic churches, aristocratic houses, fountains, memorials and romantic corners, all dominated by the Kaiser Castle. The included excursion is a great way to make the most of our visit, before we join the Danube and cruise towards Regensburg.
Included: Nuremberg City Tour
Our coach takes you through this medieval city, which was beautifully restored with original stone after being destroyed in the Second World War. The old town is almost completely surrounded by the 15th- and 16th-century city walls, and is filled with half-timbered houses, cobblestone squares and the mighty Kaiserberg Castle. You can also enjoy some free time exploring the city on foot, before returning to our ship.

Day 10: Regensburg
We arrive in Regensburg around breakfast time, which lies at the northernmost point of the Danube. Our optional city tour takes you around the beautifully preserved medieval centre to admire the many sights. Later this afternoon we cruise towards Passau.
Included: Regensburg City Tour
This excursion shows you the highlights of Regensburg, a fascinating city with over 1,500 listed buildings. Many of these make up the old town which became a UNESCO world heritage site in 2006.

Day 11: Passau - Linz
Passau is known as the ‘three rivers city’ due to its unique location where the Danube, Inn and Ilz rivers meet. You have free time to explore the old town which has a stunning display of Italian baroque-style architecture. Included is a trip to Mozart’s famed birthplace, Salzburg, we return to the ship in Linz. We reach Linz in the evening where we berth for the evening.
Included: Salzburg
Salzburg is the birthplace of Mozart and home to ‘The Sound of Music’, this enchanting city is set on the banks of the River Salzach, framed by the Kapuzinerberg and Mönchsberg mountain range. We have a guided tour of the famous sights in Salzburg.

Day 12: Melk & Wachau Valley – Vienna
This morning we arrive in the Austrian town of Melk, which is filled with cobbled streets and attractive buildings. It is also overlooked by one of the most splendid monastic houses in Austria – the Benedictine Abbey, which you can visit on our included excursion. In the afternoon you can relax on deck as we cruise through the Wachau valley, which stretches 24 miles through stunning scenery, with many charming towns, terraced vineyards, castles and monasteries. We reach Vienna in the evening where we berth overnight.
Included: Melk Abbey
Discover one of the world’s most famous monastic sites. Today, Melk Abbey is a prestigious school with more than 800 students, yet black robed Benedictine monks still stroll among the marble structures and frescoed walls. Our guided tour shows you the magnificent Marble Hall, Emperor’s Gallery, Abbey Church and the terrace where you can enjoy fine views of the Danube river and the town. There is also free time to explore the grounds and the gardens.

Day 13: Vienna - Bratislava
Spend the morning exploring the delights of Vienna, capital of Austria and birthplace of classical music. More than 150 grand palaces, over 27 baroque castles, impressive squares and striking monuments are just some of the key features of this magnificent city, whose historic centre is inscribed on the world heritage list. In the morning you can join our included city tour.
Included: Vienna City Tour
This is the perfect introduction to Vienna, the city of music. Our tour focuses on the historic center and its rich architecture, where we learn about the baroque castles and gardens, and the 19th-century Ringstrasse which is lined with grand buildings, monuments and parks – all of which are inscribed on the UNESCO world heritage list (entrances to attractions not included).
We cruise over the border into Slovakia, stopping at Bratislava, where you can join our walking tour or spend time exploring the old town which is centred on two squares, with winding streets, a hill top castle and many remarkable building.
Included: Bratislava City Tour
Explore the charming squares, courtyards and narrow lanes of this Slovakian capital with the help of our guide. The old town is filled with all the must-see sites and is a pedestrian zone which makes exploring on foot a safe and relaxing activity. Our walking tour lasts around 2½ hours and features interior visits to one of the city’s landmarks and its largest church, St Martin’s Cathedral, and Primate’s Palace which is often referred to as the most beautiful sight in all of Bratislava.

Day 14: Budapest
This morning we set our course along the Danube to Budapest, described as one of the most beautiful cities in the world. Join our included city tour which introduces you to the highlights on both sides of the river, including the 700-year-old Matthias Church, Parliament building – a magnificent example of neo-gothic architecture, and Buda Castle, which rises 48 metres above the river.
Included: Budapest City Tour
Budapest is an architectural gem filled with baroque, neoclassical, eclectic and art nouveau buildings. Accompanied by a local guide, our coach city tour takes in some of the most beautiful areas including Gellért Hill, Heroes Square – the city’s most impressive square which is home to the iconic statue complex of the Millennium Memorial, and Castle Hill where we find Matthias Church at the heart and the splendid terrace of Fisherman’s Bastion which offers a grand panorama of almost the entire city.

Day 15: Budapest
Thank you for and we bid you farewell until our next adventure together.

For brochure and full details please call or email CostlessTravel.....or see below

As an Independent Australian Travel Agent
we can offer your more choice :
A small sample of our river cruise options 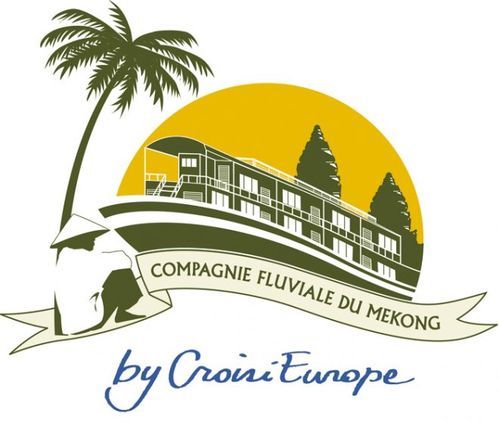